Thank you! Your submission has been received!
Oops! Something went wrong while submitting the form
Dismiss
When Big Data meets KYC on the Blockchain, there’s no place to hide 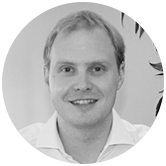 There will be a time not far from now that we all look back at the antiquated way we’ve been carrying out KYC and wonder how this cumbersome global apparatus never collapsed under its own weight.

Look around you. Bank information processes and storage are decentralised and different teams toil just a corridor away from each other, performing similar assessments of the same customers. In the meantime, customers themselves receive repeated requests for information and wait for this lengthy process to be finished.

This is happening in every financial institution in the world. It’s a colossal undertaking that, famously, doesn’t achieve as much as it should, given the wheels are spinning so fast.

Duplication and repetition abound as each firm faithfully rehearses the collection and checking of data, mindful not of the waste and inefficiency but the regulatory sword of Damocles hanging over them.

Only criminals and satirists benefit from so much repetition and chaos, continually given opportunities to provide different information for different identities, but Blockchain is going to change all of this.

Blockchain is most famous now for being the central nervous system of cryptocurrencies, famed for their secrecy. Once there is a KYC Blockchain however, this type of Blockchain will be at the forefront of helping to identify those who present a greater risk of criminality.

This is Blockchain’s next claim to fame and it will start with just a little teamwork.

It is hard to come by at the moment. All institutions keep to themselves, each in their own regulatory pen. Collaboration has been difficult because of legislation concerning the handling of data and privacy.

The distributed ledger, on the other hand, promises to provide these firms to open doors to each other, cutting waste and allowing them to direct their energies more efficiently by working together.

There will be two main changes. First, data will be collected rarely but shared constantly. The opposite is true at the moment. The way institutions manipulate and use the data will become the focus.

This revolution will remove one of the deadliest tools in the money launders’ toolbox - multiple identities. Individuals and organisations will have a single verified identity existing on a KYC Blockchain.

Unlike bitcoin, where new pseudo anonymous identities can be generated on the fly, any attempt to form aliases and additional identities will be foiled by the transparency and collaboration afforded by that blockchain.

Regulators’ biggest challenge will be striking a balance between privacy and law enforcement as they impose one of the biggest changes that the consumer has ever faced in financial services - the digital passport.

Anyone will be able to raise suspicions using the information on the Blockchain but it is an open question whether allegations should be published on the Blockchain before regulators and law enforcement agencies or courts have made any criminal findings.

One thing is certain. Once the Blockchain does record a finding of guilt, it will be forever etched in stone an intelligence resource for everyone using it, from financial institutions and credit agencies to law enforcement.

The authorities will have the time and confidence to act quickly and decisively, unhindered by today’s avalanche of red flags that cannot possibly all be investigated and validated. The current siloed approach doesn’t offer enough information to do this quickly.

In the future, the Blockchain will mean institutions can effectively talk openly to each other about specific individuals.

This is where Big Data will enable an effective KYC Blockchain solution. The amount of information held by an institution is ‘big’. There are multiple disparate data sources which can create conflicting views of an individual or organisation. In a digital ecosystem such as a KYC block chain solution, these can be combined to form a succinct view of each entity. And because of the nature of the Blockchain, it will remain so, only validated information being added over time.

This is a real problem for money launderers and gets me very excited about the blockchain. It’s what sharing means for the divide and rule mentality of offenders who have had it so easy.

In the past, all a money launderer had to do was open enough accounts or make enough transactions to disguise its origins. This was the primary tool used to clean money around the globe so long as they were careful not to leave clues by using real information in conjunction with any transaction or account. False identities have played a major role in making this kind of end-to-end money laundering possible.

This is why the future looks like a specific Blockchain shared by all organisations who need to perform KYC checks. Identities will be stored and perpetually verified by a trusted third party or regulatory body.

KYC will cease to become a private process done behind closed doors, but a transparent register of every individual or company’s risk. Applicants for an account or financial product won’t need to provide their details any longer. Their digital ID will point institutions in the direction of their KYC information.

Blockchain isn’t just going to make a big difference to the war on money laundering - everything is about to change.

This editorial was first published by GT News.

Enjoying the blog? Why not share it?
David specialises in building large distributed systems with highly complex architectures that are fault tolerant, scalable and highly performant. He gained his experience in both start-ups and major telecoms companies. His passion lies in building, testing and delivering successful products to customers.

What’s popular./
What is trade compliance and why does it matter?

We’ll email you the latest industry insight.
Thank you! Your submission has been received!
Oops! Something went wrong.
Learn more about compliance, AML and technology, and how we aim to revolutionise this space. We write about industry matters, regulatory concerns, the financial crime headlines and, last but not least, my favourite topics -  technology and AI.