Thank you! Your submission has been received!
Oops! Something went wrong while submitting the form
Dismiss
City of London calls for increased use of RegTech

The City of London has said that Britain's regulators and financial firms should increase the use of technology to cut the cost of compliance.

The EU announces a five-year plan to clamp down on money laundering and financial crime.

And FinCEN shuffles its leadership ahead of a new financial transparency law.

City of London calls for 'paradigm shift' in tech at banks

A report from the corporation that runs London’s “Square Mile” financial district said that Britain's regulators and financial firms should increase the use of technology to cut the cost of compliance by removing barriers to engineer a “paradigm shift” in the use of RegTech.

The use of RegTech has been held back by long procurement cycles, slow decision making within firms, a general lack of awareness, constraints from legacy technology and a lack of funds, said the report.

"We are calling for more to be done to support the sector to grow and thrive, strengthening London's global competitive offer and benefiting the wider UK economy," said Catherine McGuinness, head of the City of London Corporation.

By using RegTech, the annual cost of compliance for Britain's top five banks could be cut by at least 0.05%, which would be a total of £523 million in savings for the banks.

This week the European Union announced it will crack down on money laundering by seeking increased police cooperation, target human trafficking and proposing new legislation.

The five-year roadmap of legislative proposals and initiatives is designed to combat organised criminal gangs, who have increasingly gone digital and even exploited the coronavirus pandemic with sales of counterfeit medical products.

70% of criminal gangs operate in four or more EU countries and their revenues from trafficking arms, drugs, or people, smuggling migrants, cybercrime and other major offences amounted to 139 billion euros ($166 billion) in 2019, equivalent to 1% of EU gross domestic product.

Today, only 1% of criminal assets are confiscated and a minor share of money laundering detected.

Additionally, the Commission will review guidance on data retention, and propose how law enforcement authorities can access encrypted information.

Find out more at Reuters.

A change in leadership has begun within the U.S. Treasury Department’s anti-money laundering unit (FinCEN) as they prepare to enact a new financial transparency law.

This week Michael Mosier, a counsellor to the Treasury’s deputy secretary, took over as acting director, replacing the FinCEN’s former federal prosecutor who has served since late 2017.

Despite only coming in as acting director, Mosier is a veteran of the Treasury Department with a background in emerging technologies and cryptocurrency and is viewed by people who know him as someone who could capably serve as his predecessors' permanent replacement.

“He has a very unusual background but has covered all the bases you would need to be effective in light of the challenges of implementing the [anti-money-laundering law],” said Charlie Steele, a former Treasury official and a partner at consulting firm Forensic Risk Alliance Ltd.

Find out more on the Wall Street Journal.

Looking to improve your compliance processes with a trusted RegTech provider?

Contact one of our experts to find out how we can help or book a demo to see our Intelligent Compliance Solution in action.

What’s popular./
Why are criminal profit recovery rates so low?

Holistic AML is the future for the fight against financial crime

The solution to banking client due diligence: Streamlined AML and perpetual KYC 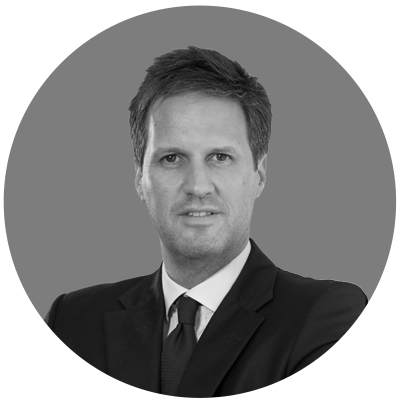