Thank you! Your submission has been received!
Oops! Something went wrong while submitting the form
Dismiss
Afterpay causes AML concerns, The UAE fines banks and Malta imposes cash restrictions

Banks are worried that buy now, pay later operators are going to give them bigger headaches as they hide the path of a transaction, keeping banks in the dark on who is receiving and sending the funds.

The UAE has imposed fines on 11 banks that have failed to comply with their AML and Sanctions Compliance Framework.

And Malta feels pressure from the bloc and is set to limit the amount cash transactions to a maximum of €10 000.

Find out more on these stories below.

Buy now, pay later operators such as Afterpay are a cause for concern as banks say they increase the risk of creating more anti-money laundering issues, since they operate outside traditional banking rules.

These new players do not allow banks to see where money is being spent as they stand in between banks and transactions. In Australia, The Australian Banking Association (ABA) wants the Treasury to close “gaps” in regulations to reduce growing payments risks.

“The gaps have the potential to introduce new risk into the payments system or undermine the effectiveness of existing regulation, including consumer protection, and the detection and prevention of money laundering and financial crime,” the ABA says.

“For example, the detection and prevention of financial crime can become more difficult to achieve where a single entity does not have visibility of the entire transaction path.

However, in the UK the Financial Conduct Authority (FCA) has already made plans to require the providers to conduct affordability checks before lending to customers.

The delay for regulators to keep up with changes in the industry could cause a lot of distress for financial institutions, as they are often the ones who suffer from these changes.

“The financial sanctions take into account the banks’ failures to achieve appropriate levels of compliance regarding their AML and Sanctions Compliance Frameworks as at the end of 2019,” said the Central Bank.

The Central Bank has chosen to not name the banks involved, however India’s Bank of Baroda has said in a statement that they received a fine of Dh6.833 million (£1,3 million) from the Central Bank.

These fines are relatively small but show that the UAE is taking action against institutions that do not comply with regulations.

The Times of Malta has been told by government sources that legal amendments dating back to 2015 have been redrafted and will be published in February to introduce a €10,000 limit on cash exchanges.

Currently there are no restrictions on the amount of cash that can change hands. Soon, transactions over €10,000 will have to be made through a bank.

This change comes as Malta rushes to avoid being put on a list of non-compliant countries that pose a heightened risk of money laundering or financing of terrorism. Malta was on its way to that list as it failed a review of its financial crime laws back in 2019.

Other European counties have similar bans in place with varying amounts from €500 in Greece and €15,000 in Poland.

Find out more on this story on the Times of Malta

Looking to comply with regulations in your region? 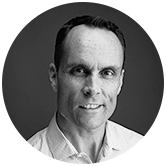